Don’t go with the flow 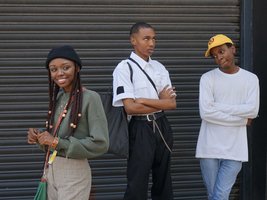 Last year my family and I moved to Durban from Johannesburg, which meant I had to leave my friends, and everything I’d known, behind.

It also meant that I had to attend a new school in grade 11. By the time I got to the school everyone had known each other since grade 8 (some people even longer). It was really hard being the​ n​ ew girl. All I really wanted was to make a friend and get all the inside jokes that my classmates shared.

Months went by and I still hadn’t made any friends. And then one day at the bus stop a girl, Zinzi, in matric offered me a cigarette. I told her that I didn’t smoke but she said I might like it if I tried. So I did - because I was afraid if I didn’t, she would stop talking to me.         After that Zinzi and I became friends. She introduced me to her friends and I finally had people to spend my lunch break with. I didn’t feel so alone anymore – I finally had somewhere I belonged.

But I worked really hard to fit in and I lost myself along the way. I started skipping school (something I’d never done before), smoking and sneaking out of the house to go to parties. I did everything that they did – even things that I wasn’t comfortable with and that I knew I would get into trouble for later. I didn’t care – all that mattered to me was being cool and proving to them that I belonged.

And then everything crumbled around me. At the end of term 2, I had failed most of my subjects. I had been so focused on fitting in and pleasing my new friends that I had completely lost myself. My parents were furious. I allowed other people's’ opinions of me to control my actions and I ended up disappointing my parents and myself in the process. This was the wake-up call that I needed - luckily it wasn’t too late.

I decided to spend less time trying to fit in and more time figuring out who I was.

I stopped trying doing things to get Zinzi and the rest of the group to like me and focused on doing the things that ​I liked i​nstead. I joined our school poetry club and I made friends with people who liked the same things as me.

I learnt how to say no ​to things that I didn’t want to do. I stood my ground and didn’t give in to what people said. It was hard saying no at first. I would make up excuses of why I couldn’t make it. I eventually got the hang of saying the two-lettered word.

I also started​ ​avoiding situations that made me uncomfortable​. My classmates would also invite me to parties which I knew would have alcohol and trouble. No matter how fun it sounded like, I knew it would not be worth it to fall off the wagon.

I made new friends​ - ​Friends aren’t all bad, they can also have a positive influence, I learned this when I befriended Nomsa. She and I have big dreams. She wants to be a doctor and I want to be a computer programmer. So we study and have fun together by going to the movies. We keep each other accountable and make sure that we are passing to reach our dreams.

This experience taught me to never go with just any flow. I made a choice to only let the positive things influence me and only do things I am comfortable with, because at the end of the day, it was only my life that was impacted.

Do you ever have to deal with peer pressure? Tell us your experience in the comments section. 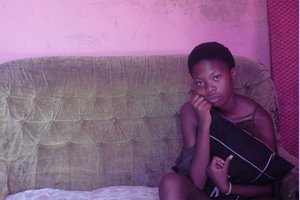